Carthy has enjoyed two separate tenures within Steeleye Span, has appeared at “The Journey”, their career retrospective concert and double CD and occasionally guests at special occasions and one-off concerts. In total he appears on three studio and two live albums plus two UK singles, one Australia-only single and an instrumental EP. The 1970-71 lineup in particular has been the subject of a number of compilations of varying quality and relevance but these are largely omitted here as many are currently unavailabe and all reproduce tracks from the lineup’s two studio albums. The exception is “The Lark in the Morning” which impressively gathers together the entire output of this lineup.

Carthy’s first tenure with Steeleye was in fact the second lineup of the band. The previous incarnation had imploded immediately after recording their first album and before they had ever played any live shows. Steeleye Mk. II consisted of Tim Hart, Maddy Prior, Peter Knight, Ashley Hutchings & Carthy and was together for a little over a year during which time they recorded two studio albums and developed a reputation as an impressive (and loud) live band. 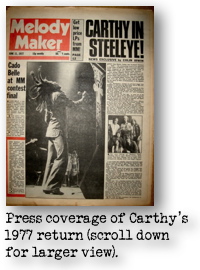 In 1977 Carthy was asked to re-join the band – who had by now gone through a couple of major lineup changes – for what was intended to be their farewell tour. He did so on the proviso that John Kirkpatrick be asked to join and during its short lifespan this lineup recorded one studio and one live album plus a couple of singles. Steeleye Mk. V consisted of Tim Hart, Maddy Prior, Rick Kemp, Nigel Pegrum, John Kirkpatrick & Carthy.

charity that took place in September 1995 at London’s Forum theatre – had been through several additional personnel changes. The concert had reunited all the major lineups of the band and the two-CD set featuring most of the concert was released in 1999. A number of compilations of Mk. II recordings had appeared throughout the 70s and this trend continued into the CD age. The compilation listed here is widely considered one of the better examples. 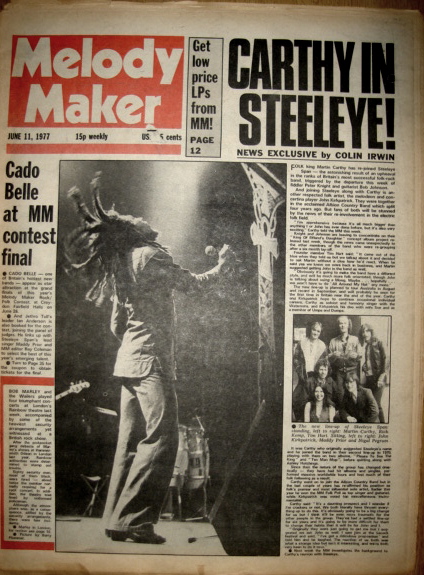